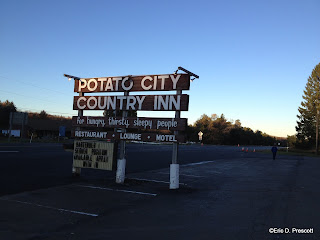 This year for the PA QSO Party a a few of us decided to leave the clubhouse and head up to the cold north lands of "God's Country" in Potter county.   We took our campers and setup camp in the Potter County Family Campgrounds across from the historic Potato Inn.

Campers were setup up in a light flurry. 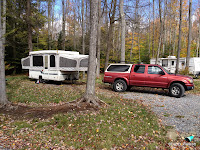 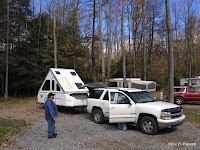 
We worked the contest and were short a few counties but overall a good effort. 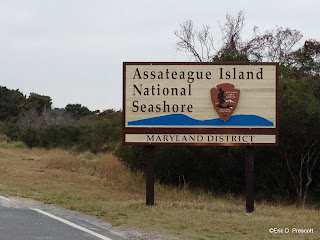 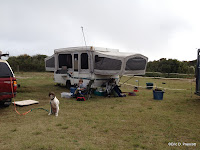 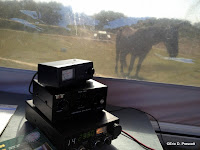 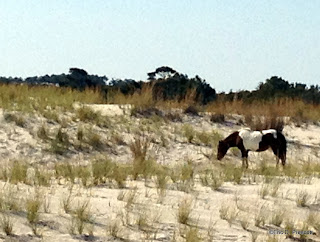